This Black History Month we took a few moments to learn more about Black History in relation to food, farming and food justice. We’ve been putting together a weekly list of resources—books, articles, reports, interviews and talks—that cover a range of issues that we need to think about as we move forward in our fight for food and farm justice.

In our final list, read about about culture, community, agrarian identity and inclusivity in the food movement. Explore the relationship between race, people, land, and place. Watch a film that tackles the subject of reparations, and healing. Listen to a movement leader reflect on what could have been, and could still be.

Book: The Color of Food: Stories of Race, Resilience and Farming – Natasha Bowens 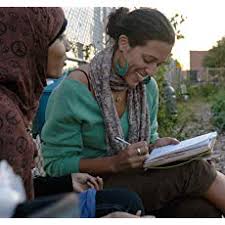 Natasha Bowens is an author, photographer, farmer, and activist whose advocacy focuses on food sovereignty and social issues. The Color of Food is a collection of stories that challenge the status quo of agrarian identity which largely ignores farmers of color. The book makes the point that the preserving culture and community, and acknowledging the work done by those who came before us, is a crucial part of the food movement.

Dr. Bernard-Carreño grew up in Hell’s Kitchen in the Seventies which is also where her interest in food systems began. She has since has been actively researching and writing about the cultural performance of food, food access and food racism in low income neighborhoods in New York City and abroad. Along with researching and writing, she has been designing scholarly projects and community products based on food access in NYC various neighborhoods. This essay talks about the nature of exclusivity in the current food movement, and discusses a re-evolution of food access with a specific focus on racial inclusivity.

Black/Land Project identifies and amplifies conversations happening inside black communities about the relationship between black people, land, and place in order to share their powerful traditions of resourcefulness, resilience and regeneration. The website is home to a trove of reflections and resources that spark critical dialogue surrounding the relationship between black people (including African-Americans, Caribbean-Americans and African immigrants) and land.

“Each moment has the potential to make the future profoundly different.”

In this video, Anim explores what might have happened if the people emerging from enslaved bondage had been able to access land, and were able to pass that on to their children. 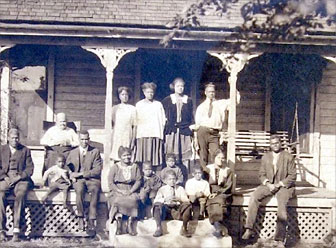 Banished follows the story of 2 families – The Browns and the Stricklands who were forced to leave their homes.

From award winning film-director Marco Williams, Banished delves into the legacy of racial cleansing. The film deals in large part with the question of reparations but also considers questions of privilege, responsibility, identity, denial and healing. Williams’ hope for this film was that it would lead to a national discussion ad referendum on reparations or in the very least urge Americans to think of the concepts of reconciliation and reparations. Learn more about the film here and  find out if Banished is available through your local library and watch it here!

Food Workers are Essential Workers and Deserve to be Safe at Work!