Colonialism, Capital and Corporate Power : A brief economic history of the US

The United States is the world’s largest economy, yet millions of people in the country are excluded from benefiting from this rapid economic growth and prosperity. The wealth divide between working families and the 1% are at an all time high, and the racial wealth gap keeps Black, Brown, and Indigenous communities behind when it comes to employment, home ownership, education and healthcare. This economic disparity is not a coincidence, but the result of centuries of exploitation, discrimination and disenfranchisement that is built into our economic system, and the concentration of wealth in the hands of a few corporate elites. The following sections briefly explore the history of the US economy and  how it relates to the concentration of wealth and the rise of monopoly power in our economic systems today.

Until the 16th century, North America’s economy was a self-reliant, subsistence economy where energy and resources were directed at community sustenance and stewardship of nature rather than a global market for goods and services. There was no such thing as private property and economic power was decentralized. Major economic activities included fishing, agriculture, ranching and trading. The domestic economy included an advanced trade network that came to be known as the Great Plains Indian Trading Networks which were used to exchange a variety of goods such as surplus agricultural produce like corn, dried fish and fur, as well as simple tools and some luxury items such as tobacco. The arrival of European settlers in the 16th, 17th and 18th centuries led to the decimation of many Native tribes and their life ways, and the destruction of most traditional Native economies. European settlement also shifted the North American economy from being self reliant, to being dependent on other nations.

The first American colony was a business venture bankrolled by a group of investors in London. In 1606, the Virginia Company of London, a joint stock company, gathered financial investment from a group of people and channeled it into settling what we now know as Jamestown, Virginia. This settlement established patterns for trade and commerce that set the stage for more settler colonists. The early years of the settlement were rough — many early settlers starved to death. However, those that survived and eventually prospered because of two key factors: a rise in global demand for tobacco and the enslavement of African people. The first American tobacco plantations were founded in the 1610s, and though it’s first workforce were indentured laborers from Europe, enslaved African people were the dominant form of labor in tobacco fields by the late 1600s, and in the sugar and cotton plantations that would soon be established across the American South. These plantation commodities were the main sources of revenue in the early capitalist period, which laid foundations for modern American capitalism, and the founding of the nation in 17761. 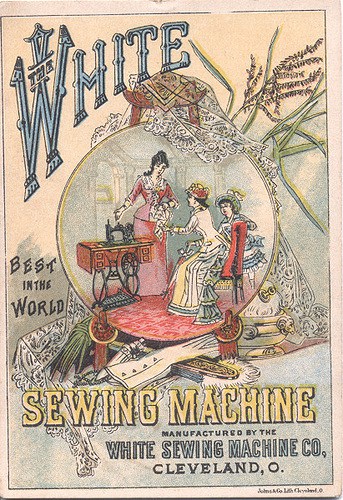 Over the course of the 18th century, the US economy experienced a period of prosperity and economic development — so much so that the standard of living in American colonies was greater than that in England. This period of plenty was paid for in large part by displacement and enslavement. Cotton, which was cultivated by enslaved people in land that belonged to the Cherokee, Creek, Choctaw, Chicasaw and Seminole nations2 provided over half of US export earnings. Enslaved people also provided the free labor that produced other major consumer goods that formed the basis of world trade across British colonies during the 18th and early 19th centuries — tobacco, sugar, indigo and rice. The high profitability of cotton, made possible by the plantation economy, was one of the drivers of the industrial revolution, a major economic shift that was taking place in England and would spread across the globe in the following century.

Throughout the 19th century, the US economy was thriving on the backs of free labor provided by the chattel slavery system. By 1840, the Southern states of Louisiana, Mississippi, Arkansas, Tennessee, Kentucky, Missouri and Florida grew 60% of the world’s cotton and Northern states developed a variety of businesses that provided services for Southern plantations, including textile manufacturing, ship building and sailing. Northern bankers also financed the expansion of plantations, often accepting enslaved people as collateral. By 1860, there were more millionaires living in the lower Mississippi Valley than anywhere else in the United States and enslaved people were the largest financial asset in the entire economy worth about $3.5 billion3. But things were about to change. Revolts led by enslaved African Americans and the growing movement against enslavement in the Northern states culminated in the American Civil War in the mid 1800s, and the abolition of chattel slavery in 1865. By the 19th century,  the absence of free labor rendered the southern plantations less profitable, while the Northern industries like steel manufacturing, electric power, and oil refining grew. The U.S. economy began to shift from agrarian to industrial.

Explore: A Map of Slave Revolts in the United States

Rapid industrialization was met with an expanding, largely immigrant workforce. Nearly 300,000 European immigrants arrived yearly between 1854 and 1855 — some were escaping poverty or religious persecution while others were seeking opportunity, land and a better life. This period also saw the first wave of over 300,000 Chinese immigrants. Though a few were merchants and individuals who came for the Gold Rush in California, many came to work and provided the labor to build the First Transcontinental Railroad.  By 1866, about 90 percent of the workers of the Central Pacific Railways were Chinese. By the late 1800s, emancipated African Americans were also slowly migrating to urban areas across the country, including New York City, Philadelphia, Chicago, and Toledo and taking up work in emergent industries like steel mining, manufacturing and meatpacking.  This period also saw the advent of worker organizing across the country.

Explore: Destination America: Where did they come from? PBS

Rise of the ‘robber barons’

This was a time of great industrial growth. During this time, wealthy industrialists and a small but upwardly mobile middle class dominated many aspects of economy, politics and society in the country. The US government, in turn, adopted a ‘laissez faire’ approach to business and the economy — this means they decided to sit back and let the market and private businesses determine the course of the economy without any regulation or oversight. Naturally, the largest, most powerful industrialists benefited the most from this. They formed powerful cartels or ‘trusts’ to collude with each to squash competition and expand their control over the market. 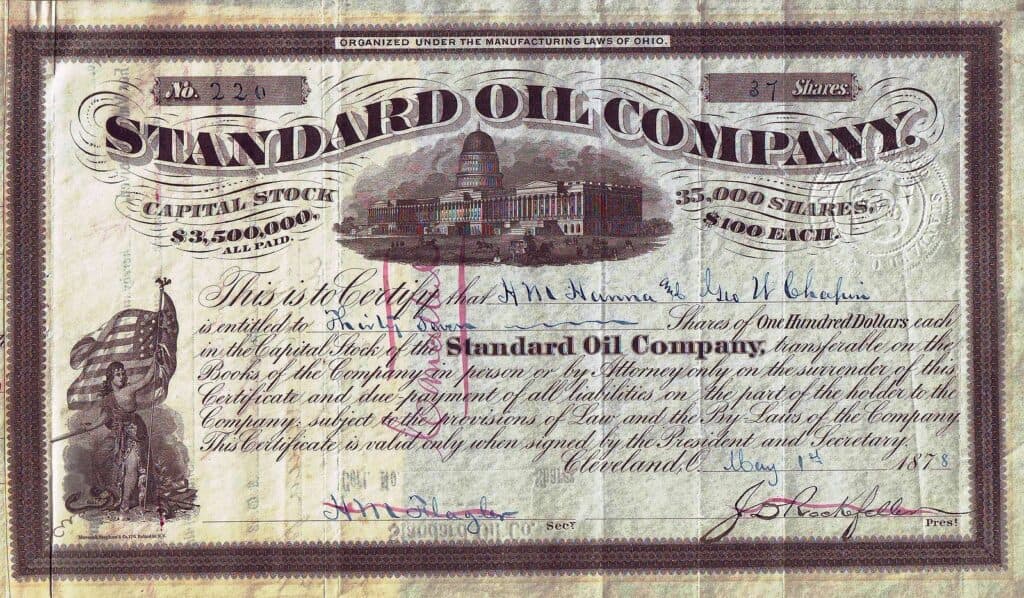 Soon trusts (or cartels) controlled large portions of the markets for transportation, oil, lead, whiskey and sugar. They manipulated wages, prices, and quality to generate wealth for a handful of individuals. For example, the railroad monopoly charged farmers exorbitant prices to transport their goods. By then most trusts were so powerful that they could influence Congress and the Senate. This allowed them to maintain and grow their power, despite being a burden on the economy and society. As a result, there was growing dissent against trusts from working people, farmers, small business owners and consumers. This ushered in the first anti monopoly laws in the country.

In 1890, the 51st US Congress enacted the Sherman Antitrust Act in response to the public’s concerns about monopoly powers.

Unfortunately, for the next decade or so, the federal government failed to actually use this power against monopolies. Instead, lawmakers used statutes of the new law to frame labor unions as ‘trusts’ that were hindering business with their unfair bargaining power. The Sherman Act became a tool for union busting.

In 1901, Theodore Roosevelt became President and finally activated the Sherman Antitrust Act. He moved to strengthen regulation and takes on two large trusts:

This was the first time the government regulated businesses in the interest of the public good and efforts to reign in monopolistic ‘robber barons’ became a major priority of the progressive era. President Woodrow Wilson’s campaign focused on breaking up monopolistic trusts and regulating corporations. Now, the main tool for this was still the Sherman Antitrust Act but it was not serving that purpose. The Sherman Act satisfied the public’s need for action but businesses found ways to grow and maintain monopoly power by merging or acquiring smaller competitors. The Sherman Act triggered the largest number of business mergers in US history at the time.

The Clayton Antitrust Act tried to fix some of the loopholes of the Sherman Act. This new legislation:

President Woodrow Wilson also created the Federal Trade Commission (FTC), an independent agency, to enforce the provisions of the Clayton Act and ensure antitrust legislation is enforced regardless of political shifts. During this time the federal courts took strong action to break up monopolies in oil and railroad industries.

The Great Migration occurred between 1916 and 1970 and was characterized by the movement of six million African Americans out of the rural Southern United States to the urban Northeast, Midwest and West. It was caused primarily by the poor economic conditions as well as the prevalent racial segregation and discrimination in the Southern states where Jim Crow laws were upheld. The Great Migration caused a “labor shortage” in the agricultural/food sector. Instead of increasing wages and improving conditions, this shortage was in part dealt with by the creation of worker importation programs, such as the Bracero program of the 1940’s.

In 1935 when the National Labor Relations Act was passed, farmworkers and other food system workers were excluded from the Act.  This was a result of Southern Democrats’ continued support for racist Jim Crow laws and their insistence (though not openly) to exclude Black workers from the act. Then again in 1938 when the Fair Labor standards Act was passed, these same workers were once again excluded from minimum wage, overtime, child labor and other protections granted to workers by the FLSA.

US Antitrust legislation has been around for about 100 years and continues to evolve to regulate emerging industries like information technology and e-commerce. In reality, the US has failed to fulfill the core goal of antitrust laws. The federal government has in fact enabled monopolistic corporations to grow more powerful, be it in food and agriculture, technology, banking or healthcare. When it comes to corporate consolidation in our food systems, the FTC has really failed us. Check out the next section of this explainer series: The FTC is failing us, but here’s what we can do about it.

The US’s legacy of racism and oppression still drives extractive monopoly power which burdens people of color first and worst, whether as workers, consumers, small businesses or residents. We are living in an ‘oppression economy’ where the “racist tools of theft, exclusion, and exploitation to strip wealth from people of color, so that the elite can build their wealth”.5

1. The earliest leaders of the newly established United States of America, including George Washington, Thomas Jefferson and James Madison were Virginia tobacco planters and enslavers. Since the Virginia Company was a joint stock company in which decisions were made by a group of shareholders, the new colony had a form of representative government that drew from both British parliamentary tradition and the joint stock form. This had a foundational impact on American politics and governance.

2. In the early 19th  century, the United States government forcefully displaced self-governing tribes of Native Americans from their ancestral homelands in the eastern United States to lands west of the Mississippi River – specifically, to a designated Indian Territory. Read more on PBS.

3. Slavery Made America, The Atlantic

4. John D. Rockefeller was the first individual in history to accumulate $1 billion. And, the Rockefeller family remains one of the richest, most powerful families in the country today.

Previous The Climate Crisis is here: Frontline communities need your support
Next The FTC is failing us, but here’s what we can do about it

The FTC is failing us, but here’s what we can do about it