This is How We Celebrate the Power of Workers on #MayDay

Workers took to the streets on May 1st to demand better wages and working conditions, as part of global actions marking International Workers’ Day. Here in the US folks working across the food system led many of the protests, rallies and demonstrations. And they had good reason to do so: the food system is the largest employment sector in the United States, with 21.5 million, or almost 1 out of 7 people working in food production, processing, distribution, retail, and service.

People who work in food-related industries are paid significantly less than the general workforce. Frontline food workers’ annual median wage is $16,000, or less than $10 per hour, and almost 1 out of 4 workers reported in a national survey by the Food Chain Workers Alliance that they were paid less than the minimum wage. 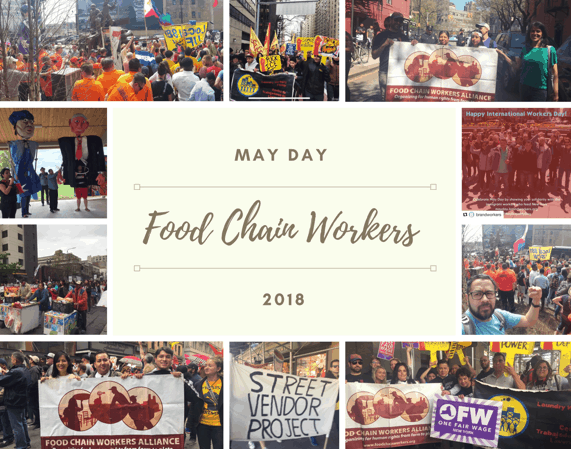 Held on May 1 each year — known as International Workers Day or May Day — the protests, rallies, and demonstrations date back to the infamous Haymarket massacre in Chicago, where police killed four people at a peaceful protest after someone threw a bomb into the crowd. At the time, the labor movement was emerging, and the major demand was the eight-hour workday.

Today, unions and worker’s centers continue to mark the day with actions. Everyday the Food Chain Workers Alliance — a coalition of worker-based organizations and founding member of HEAL — does work to improve wages and working conditions for all people working along the food chain. On May Day we organized and represented at actions across the country. Here’s a look at some of this year’ demonstrations:

Chicago, the birthplace of mayday held a mass protest and march to ICE headquarters. 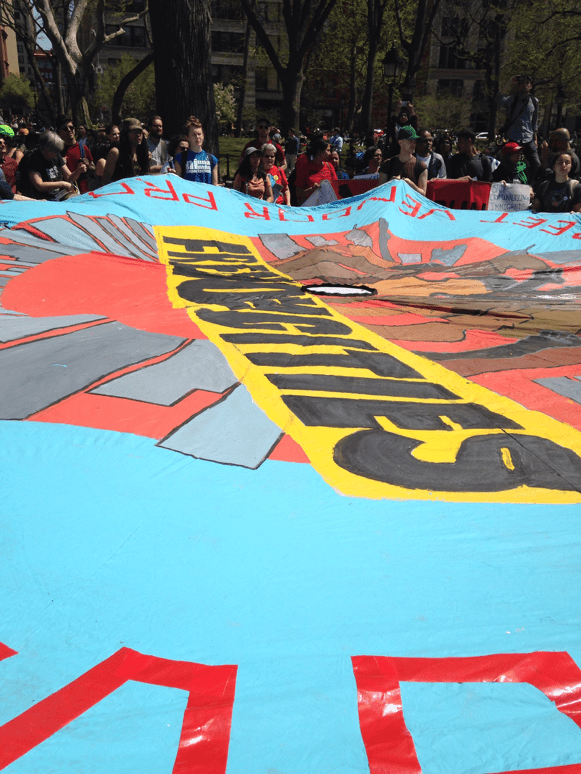 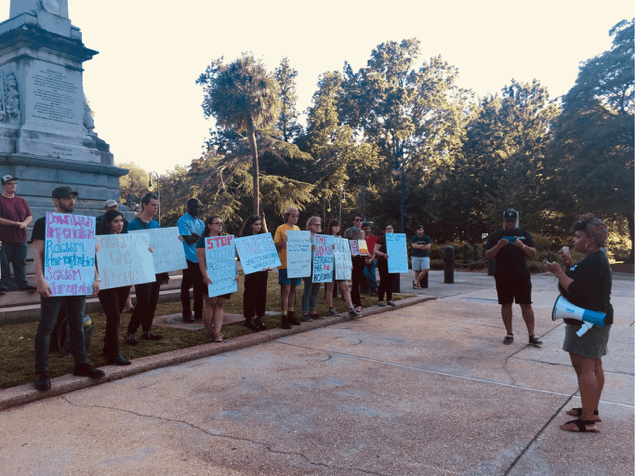 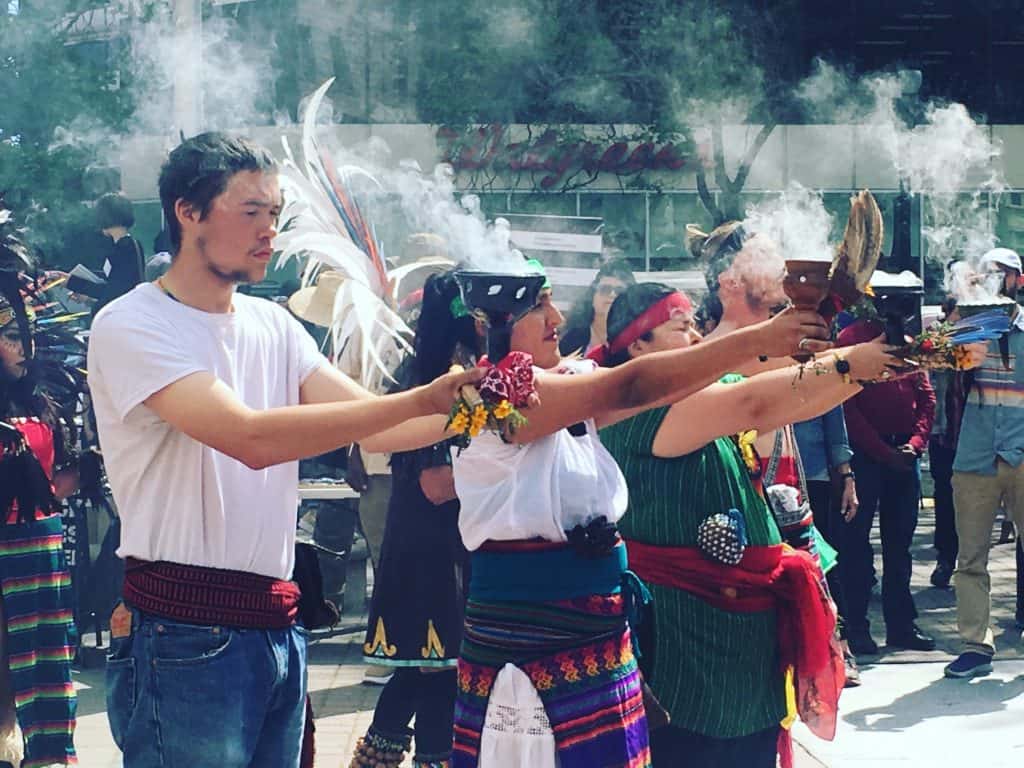 Get involved and check us out at http://foodchainworkers.org!

Jose Oliva is a founding member of the HEAL Food Alliance and Co-Director of the Food Chain Workers Alliance. In 2008, Jose Oliva began coordinating the Workers’ Alliance for a Just Economy, a program of the Center for Community Change. In addition to leading FCWA, Oliva founded the Chicago Interfaith Workers’ Center, and went on to become the coordinator of Interfaith Worker Justice National Workers’ Centers Network. He also served in several leadership positions at the Restaurant Opportunities Centers United, the national organization of restaurant workers.

Previous Radical Transformation is Possible! Let’s Talk About the 2nd Annual HEAL Summit
Next The Beauty of May: Celebrating Fair Trade Day with a Brand New Report on Domestic Fair Trade

Creating a community-based political approach: How my HEAL School of Political Leadership experience is shaking up Central Valley organizing!

Updates to the Real Food Standards: 4 Ways We Are Addressing Changes in the Food Landscape