The ‘Blue Economy’ and the plan to profit off our oceans

Owning a home is how you “make it” in the United States. In fact, our whole tax and credit system is set up to benefit homeowners. But it wasn’t always that way. Prior to colonization, people lived on and stewarded land in ways that sustained them and their families. Land in what is now the United States was a public commons1, and private property ownership was an unfamiliar concept. Between 1784 and 1887, 1.5 billion acres of land was stolen from Indigenous people—through war, theft, attempts at genocide, theft and legislative appropriations like the Indian Removal Act (1830) and the Homestead Act (1862). This massive land grab not only displaced entire generations of Indigenous peoples from their homelands, but also replaced the idea of collective stewardship and mutual reliance on the land with private property ownership of land for individual wealth creation. This set the stage for the commodification of land. Centuries later, land is one of the most privatized resources in the country and it’s ownership is tightly concentrated among a handful of corporate elites. 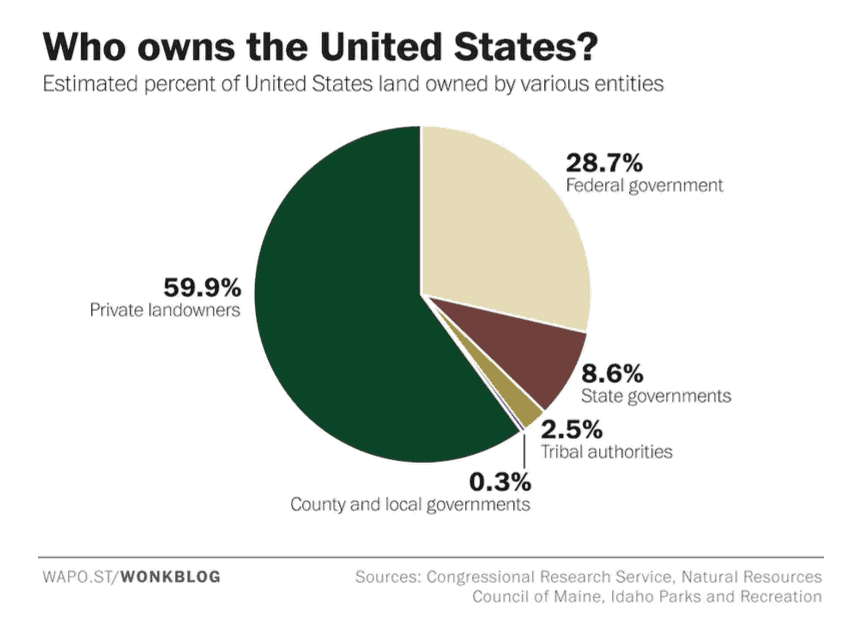 Unlike land, oceans are still considered a public commons, but this is rapidly changing. A shrinking number of  large corporations like FCF Fisheries, Pacific Seafood and Thai Union,   control entire aspects of the seafood supply chain and there is a larger global push to take control of the ocean commons. To dig into this we reached out to Brett Tolley, National Program Coordinator and Jason Jarvis, Board President at our member-organization, the Northwest Atlantic Marine Alliance (NAMA). Here’s what we learned.

The privatization of the ocean commons is part of a larger plan to turn the ocean into investable and tradeable private property for the primary purpose of energy and extraction. “This is part of a larger vision promoted by global organizations such as the World Bank and the International Monetary Fund that see investment opportunities in the ocean, and realize that there is value in moving away from the idea of the oceans as a public commons,” says Brett. “The power of these organizations has been leveraged to create what’s known as the ‘blue economy’ — a global strategy to turn the ocean into a tradable commodity, all under the guise of renewable energy, job creation and ecological sustainability.” The ‘Blue Economy’ vision treats the oceans as a frontier of opportunity for green energy, global food security, and economic development — all stewarded by large corporations. This is where Big Oil comes in.

Shell and Exxon are two of the largest investors in two ocean-based renewable energy sources: offshore wind farms and kelp production.2 The conversation around corn and soybeans as sources for biofuel set the stage for kelp as another false solution to mitigate our carbon emissions.3 These corporations are set to profit off that but it requires granting them access to our oceans.

But how does something as vast as the ocean get privatized?

The National Oceanic and Atmospheric Administration has a tool for that: Catch Share Policies. Catch Share Policies are a fishery management strategy that “allocates a specific portion of the total allowable fishery catch to individuals, cooperatives, communities, or other entities.”

Though touted as a science-based, ecosystem management tool, Catch Share Policies actually sell the right to fish, or the ‘quota’, to the highest bidder, and in doing so, they push out small-scale fishers while inviting bigger players that undermine the sustainability and conservation goals that the catch share policies are supposedly designed to achieve.

Fisherman Jason Jarvis breaks it down: “It’s very similar to the stock markets – you’re turning fish that hasn’t been caught into a commodity. So you have people who are not fishermen but own a fishing vessel, or a seafood processing facility, or seafood retail  buying and selling the right to fish. We call them “armchair fishers” or “slipper skippers”.

In a system that favors larger, industrial fishing operations, these policies are often inaccessible to smaller fishermen who have been fishing in the region for generations while making it easier for a large entity to buy up a very big piece of the quota.

The result? A system where small, family fishermen like Jason are competing with corporations like FCF Co, Ltd, a privately held seafood conglomerate and the largest tuna trader in the world. This may sound like a stretch but here’s a quick case study:

In 2017, Bumble Bee Foods, one of America’s largest canned tuna brands pled guilty to price fixing and overcharging consumers for their tuna. This led to a $25 million fine and subsequent bankruptcy filing in November 2019. In January 2020, Bumble Bee Foods was bought by the FCF Co. for $928 million. Like all corporate takeovers, this gave FCF Co. Ltd ownership of the Bumble Bee Brand, its processing facilities, business relationships and of course, their fishing permits. Thanks to the Bumble Bee’s and FCF Co. ‘s of the world, someone like Brett, who is from a family of fishermen would have to pay $1 million for a permit that cost his father and grandfather $100.

It’s not too late to stop the privatization of our ocean commons. “These policies are gaining traction but they are not set in stone,” Brett points out. We can learn from the failings of private property ownership of land and work towards reversing these policies before they have the same damaging effects on communities and the environment. But this means taking on very powerful interests – like Big Oil who are seeking to profit off the ‘Blue Economy’. If fish and fisheries access can be controlled by fewer and fewer players, it makes it easier to displace small scale fishers and pave the way for other ocean uses. Parts of the Pacific and Atlantic oceans, off the coast of the United States and Hawaii will be vulnerable to privatization under the Blue Economy plan.

Corporate power may be a powerful force in our current economic landscape, but the US government does have tools to stop them, like strengthening the  Magnuson–Stevens Fishery Conservation and Management Act (MSA). Also known as the ‘Fish Bill’, the MSA is the primary law that governs marine fisheries management in U.S. federal waters. “Right now there is language in place, in the Fish Bill or the MSA promoting catch share policy that is a vehicle to privatize fisheries access. We are calling for safeguards and a plan to replace that with better fisheries management tools that treat fisheries as a public commons,” points out Brett.

The MSA has many such gaps. Jason Jarvis points out another one: “Currently, the MSA does not regulate non-fishing impacts on fisheries. This means that there is nothing protecting fishermen after an oil spill. There is nothing that holds corporations accountable for the impact of wind turbines that are being placed in the oceans.”

NAMA advocates for policy that protects fisheries from corporate interests, and ensures that the oceans are stewarded  by those that rely on it for their livelihood, and as a community food source.

Do you want to help save the ocean commons?  Get involved with NAMA and make sure to stay up to date with their work by signing up for their newsletter >>

1. The commons is the cultural and natural resources accessible to all members of a society, including natural materials such as air, water, and a habitable earth. These resources are held in common, not owned privately. Commons can also be understood as natural resources that groups of people (communities, user groups) manage for individual and collective benefit.

2. In the mid 2000s, microalgae that grew on seaweed was touted as the next big renewable energy source but has since proven to be a false solution by scientists and climate change advocates.

3. The Department of Energy has been a major driver of algae research since 2007, with significant funding also coming from the U.S. Air Force, the Department of Defense, the National Science Foundation, and the Defense Advanced Research Projects Agency.

Previous The FTC is failing us, but here’s what we can do about it
Next COVID-19 Rapid Response Fund Impact Report

How Giant Corporations Control the Narrative About Our Food Systems

What Stops Federal And State Aid From Reaching BIPOC Producers?